Between Heaven and Hell: The Myth of Siberia in Russian Culture (1993) Review

Between Heaven and Hell: The Myth of Siberia in Russian Culture was published in 1993 by St. Martin’s Press in New York. It is a scholarly monograph, containing a collection of academic works which chart how Siberia has been depicted as both a heaven and a hell by Russian writers and cultural figures across centuries. While the work is edited by perhaps two of the most well known names in the field of Russian studies, Galya Diment and Yuri Slezkine, and provides a unique discussion on the construction of Siberia in the Russian cultural imagination, it is ultimately redundant and treats Siberia as a metaphor than a real space.

Diment is the Byron W. and Alice L. Lockwood Professor of Slavic Languages and Literatures and Jewish Studies at the University of Washington. Around the time of the book’s publication, she had produced multiple articles concerning Siberian literature, two of which appeared in this collection (“Slavic Languages and Literatures: Galya Diment”). Slezkine is the Jane K. Sather Professor of History at the University of California, Berkeley and is a highly renowned scholar of Russian studies. He is primarily known for his studies on Russia’s Jewish population, however after the publication of Between Heaven and Hell he would go on to publish a book on Russia’s northern indigenous groups (“Berkeley Department of History: Yuri Slezkine”). While both of the editor’s primary area of study is not Siberia, they have both continued to publish and lecture on the topic since.

Between Heaven and Hell charts a rough history of Siberia, chronologically beginning with the exile of Archpriest Avvakum and ending with the experiences of Siberian authors in the 1980s-1990s. While presenting a crude timeline of the history of the region, the work is centrally concerned with presenting a series of scholarly articles on the construction of a heaven and hell dichotomy in Siberia through an interrogation of historical, individual experiences. The work covers roughly three eras: Tsarist Russia, 1920s-1940s Soviet Russia, and 1950s-1990s Soviet Russia. While each section contains a variety of scholarly analyses, the predominantly covered topics in each era were the Decembrists, the Gulag, and late-Soviet authors. While many of the selected works focus on just a heaven or a hell depiction, an overarching tone throughout the collection is the instability of these interpretations. Throughout, it is noted that historical periods and the individuals within them would often possess contradictory visions of Siberia, viewing it as both a great refuge and an inhospitable site.

The assertion that depictions of the region were unstable in time and person is best problematized by the fifth chapter, “Paradoxical Perceptions of Siberia: Patrician and Plebeian Images up to the Mid-1800s” by James R. Gibson. This section critically interrogates how the nobility and peasantry maintained diametrically opposed notions of Siberia. The lower classes viewed the region as a potential sanctuary, spurred by the distance from “divine as well as secular power” (Gibson, 77). Far away from regional capitals, peasants looked to Siberia as a refuge from the oppressive rule of Western Russia. In finding social independence in the east, far away from mobility restrictions, peasants were also introduced to economic freedom. Siberia’s sable monopoly was highly attractive and lucrative, making up roughly one-tenth of the Russian state income at the time (Gibson, 83). This author strikingly interrogates the reasons for peasant migration to Siberia while simultaneously utilizing the heaven and hell lens.

The nobility, however, did not view the region in the same light as the lower classes. They “were repelled by three general aspects of Siberia: the harsh physical environment, the mean cultural environment, and the remote location” (Gibson, 69). The upper classes had no reason to look to Siberia for personal or economic freedom, as that was available to them in their current location. They saw no benefit for themselves in the region and instead viewed it as “the most extensive wasteland in the world- tailor-made for deportation” (Gibson, 81). Such sentiments were echoed by authors like Anton Chekhov, who often commented on “the cold which deprives Siberia of its summer” and the officials who “corrupt the peasants and exiles” (Gibson, 74-76). However, Chekhov also frequently noted the richness of the region and commented on the “fascination of the taiga” experienced by all who viewed it (Gibson, 74). The sentiments of the nobility as well as authors like Chekhov present a clear image of the heaven and hell dichotomy as well as how this polarity existed simultaneously in time and person.

This collection was an ambitious project, the first of its kind to chart such depictions in a Siberian context. It is an invaluable resource for scholars of Russian studies, as it covers a wide breadth of the region’s history. While the text is truly unique and the essays themselves are well researched, the monograph unfortunately falls into the trap of repetitiveness. Analyses which focus on a binary like heaven and hell are bound to repeat themselves due to the very nature of the subject matter. It would have been constructive to see some of these authors try to break away from this dichotomy, potentially by introducing a concept of Siberia as purgatory or any other number of biblical allusions. Due to the predictable nature of the work, its ability to effectively communicate with the reader was lost.

There is also a glaring issue with how the collection approaches Siberia as an entity. There is not one map of Siberia present in the entire work, nor are there any images at all. For a piece that discusses the region’s geography and physical characteristics at length to completely neglect to include one map or image of the area it is discussing feels negligent. At best, it illustrates a superficial appreciation for its subject matter and at worst a perpetuation of past conceptualizations of Siberia as a metaphor rather than a real, experienced space. While an impressive collection, Between Heaven and Hell is a work that does not show the physical region it is concerned with the appropriate amount of reverence. 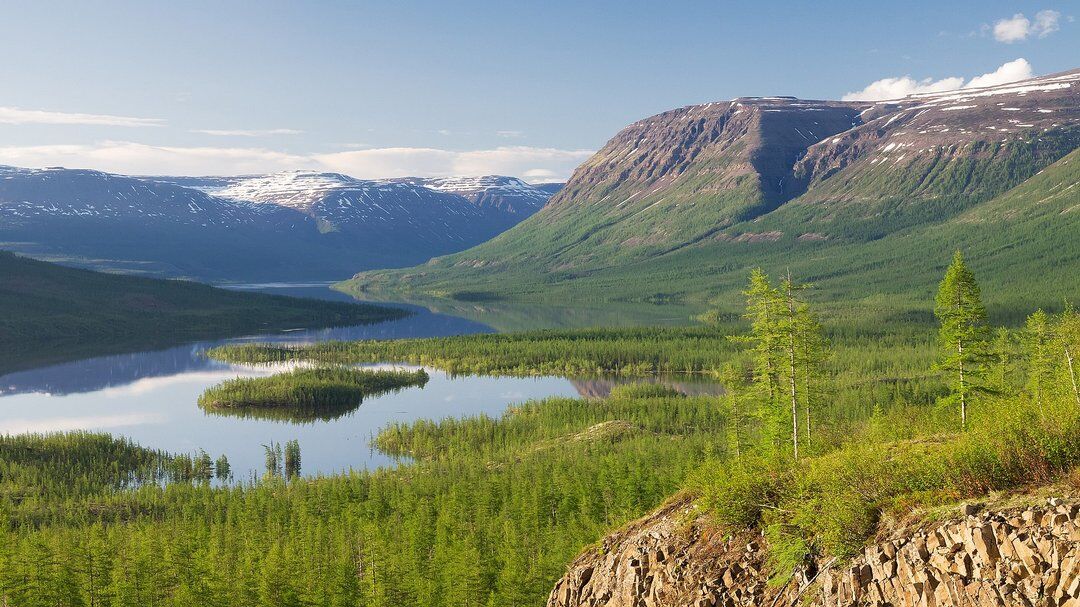 Between Heaven and Hell is a unique collection that successfully and potently illustrates how Siberia has been both a place of wonder and devastation for Russians throughout history. Each chapter covers distinct topics while still maintaining a sense of chronological progression. Perhaps the most interesting and significant discussion in the work concerns how notions of Siberia as a paradise or wasteland were not stable in individual or in time periods. James R. Gibson’s chapter strikingly illustrates how historical periods and individuals were not confined to a single definition of the region and instead possessed multivalent understandings of Siberia. However, due to the relatively narrow conceptualizations of heaven and hell in western contexts, the monograph quickly becomes repetitive and the reasons for each construction grow predictable. Additionally, the work is ultimately tailor made for academics and is not recommended for casual readers. Despite its flaws, Between Heaven and Hell is a useful and well crafted text that has the potential to perpetuate a dialogue about Siberia as heaven or hell well into the future.

Gibson, James R. “Paradoxical Perceptions of Siberia: Patrician and Plebeian Images up to the
Mid-1800s.” In Between Heaven and Hell: The Myth of Siberia in Russian Culture. St.
Martin’s Press, New York. 1993. 67+93pp.